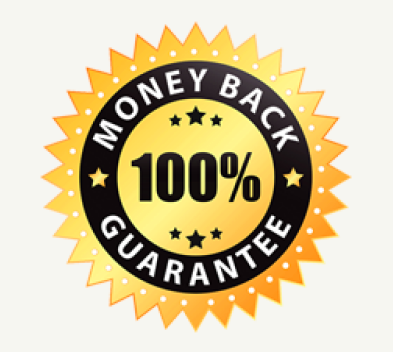 If you're not satisfied,
we don't expect you to pay.

That's our commitment and your guarantee. Simply ask for a refund.

Dr. Garrett W. Andrews, Psy.D., A.B.P.P.-C.N., C.B.I.S.T., is a neuropsychologist based in Little Rock, Arkansas. He is a board certified neuropsychologist specializing in Clinical and Forensic Neuropsychology. He did his Bachelor of Arts in Psychology from Westminster College, Fulton, Missouri in the year 1998. He completed his Masters in Clinical Psychology from Argosy University, Phoenix, Arizona in 2001 and then he went on to pursue his doctorate in neuropsychology in the year 2002 from Forest Institute, Springfield, Missouri. He completed his internship training at Veterans Affairs Medical Center of the Black Hills, Geropsychology Track, Neuropsychology Track (minor year-long track) Fort Meade, South Dakota in 2005 and also did his fellowship from Geisinger Medical Center, Neuropsychology Fellowship, Danville, Pennsylvania. Currently he serves as Consulting Psychologist at Deer Oaks Behavioral Health, Little Rock, AR, Adjunct Professor, Itawamba Community College, Fulton, MS and as a Neuropsychologist, Vocational Rehabilitation Service, at Central Arkansas Veterans Health Administration, North Little Rock, Arkansas. He held the position of Assistant Professor & Neuropsychologist at University of Arkansas for Medical Sciences, Department of Geriatrics, Little Rock, Arkansas, from August 2007 to March 2008. For a brief period he also served as a Parole and Probation Officer in the Arkansas Department of Community Punishment, El Dorado, Arkansas. He is the Chief of Staff for Arkansas Neuropsychology & Behavioral Health at the Arkansas Neuroscience Institute & Education and Research Center. Dr. Andrews' current outpatient practice receives clinical consults from neurology, neurosurgery, pain medicine, primary care, rehabilitation medicine, attorneys and schools. He also supports an 80 bed inpatient rehabilitation service that specializes in Brain Injury, Stroke, and Movement Disorders.

The Preliminary Screening Report (PSR) gives you both a snapshot of an expert's testimonial history and an accurate assessment of how prolific a testifier that expert has been in the past. Most importantly, it is a tool to help you determine if there is enough information available regarding the expert to justify the investment in a full Expert Witness Profile.

The PSR has the added value of identifying challenges to the expert’s testimony in reported cases, through our sister company, The Daubert Tracker.

Drawn from the broadest array of public and proprietary databases, these inexpensive ($25.00) reports include the number of times the expert’s name was found in:

In summary, the PSR will give you an idea of how prolific a testifier the expert has been, whether or not there is a likelihood of challenge activity in the expert’s past and help to define the level of additional research required.

Learn about cases where an expert has been challenged under Daubert or their testimony has been criticized by the judge or the opposing party. See the grounds for such challenges, their outcomes (where available) and citations to underlying documents. The Challenge Study includes direct challenges to experts as well as instances where the expert's testimony/ affidavit was submitted in support or against a motion.

Like the Profile, the Expert Challenge Study is created by a team of professional expert witness researchers, all lawyers, who have access to databases not readily available to most law firms.

All of the data and information in the Expert Challenge Study is contained in the full Expert Witness Profile.

10 business days - $495.00
The Expert Witness Profile is the most comprehensive and cost-effective background report on an expert witness in the United States today. The product is used by lawyers, law librarians and paralegals practicing in every area of law and by the widest array of organizations: from AMLAW 100 law firms to sole practitioners to national associations of attorneys to expert search firms and even by expert witnesses themselves.